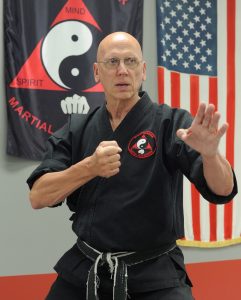 Mr. Niemi moved to the Littleton, CO area at the age of 3. He has over 40 years experience in the martial arts and has also trained in karate, judo, jiu jitsu, arnis and silat. He began training in taekwondo in 1973. He earned his 1st degree black belt at a local Littleton martial arts school in 1982. That same year, Mr. Niemi earned his BA in Social Work at Colorado State University. He worked in Denver for the Division of Youth Services as a counselor with incarcerated juvenile violent offenders for 13 years.

Private lessons are available with Sabumnim Niemi by appointment.